Author's note: Based on a joke exchanged with Kait and expanded upon with Lostforte.

(of Stardew Valley's mines)
Reya: I wouldn't go in there
Reya: It's all slime girls and they're ALL hungry
Kait: You just need to bring a straw
Reya: Oh my God.
Reya: The effort to ban straws. It's not environmentalists or the paper lobby.
Reya: It's slime girls. They know they'd melt a paper straw long before they were finished.
Kait: SLIMES CONTROL THE GOVERNMENT
Kait: okay we already knew that but CUTE SLIME GIRLS

Lostforte: the shadowslime government cannot be stopped by any straw
Reya: do you think you'll get away with this?! the people will rise up!! metal straws will make a comeback!!
Lostforte: ...we control the metal now
Lostforte:

Reya: NO
Reya: IT CAN'T BE
Reya: the forges... our last hope... fallen to the slime overlords
Lostforte: no hero the straw of legend can stop us now!!
Lostforte: MWAHHAHA
Reya: soon slimes will completely dominate the world and we will be powerless to stop them........
Lostforte: your quest begins here!
Lostforte: 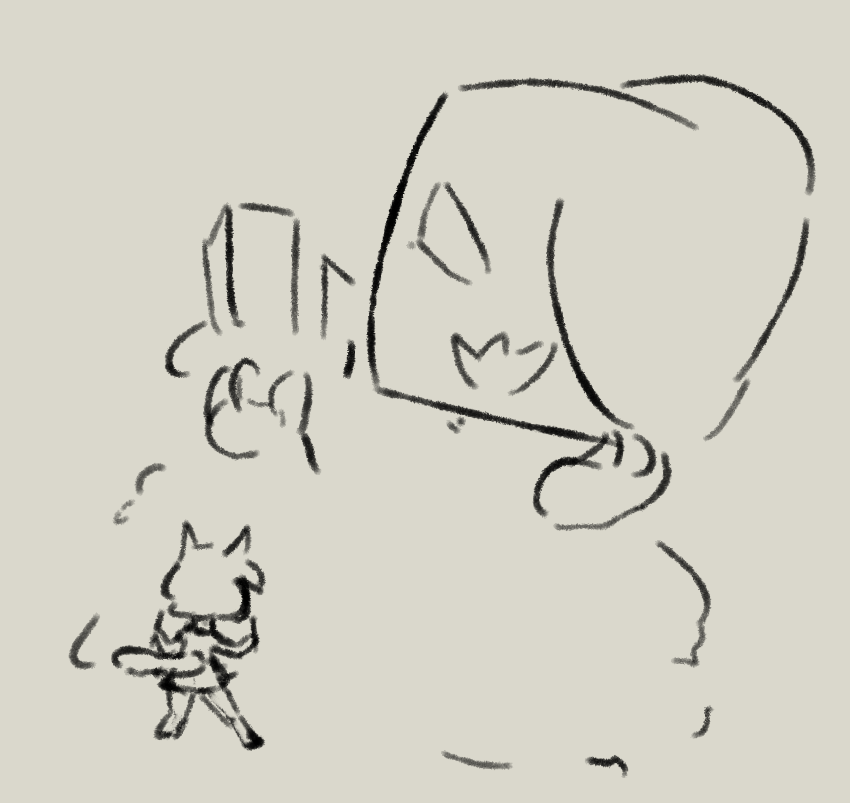 It was the Resistance's one last hope... and it was already lost.

The darkened foundry was eerily silent. The machinery lay cold and dormant, the workers nowhere to be seen. Colorful goop oozed from every surface, making an occasional plink that echoed through the abandoned building.

Reya's footsteps were the loudest thing in the place as she picked her way through, delicately stepping around the rainbow puddles of slime around her.

"I hadn't wanted to get my hopes up, I knew this sounded too good to be true," she muttered to herself. "But this... It's like they had a party in here."

"As a matter of fact, we did," said a burbly voice. The echoes made it seem to come from all around Reya.

Reya's hand went to her back pocket, to the disposable plastic straw she kept there. "Show yourself, you queen-sized Jell-O cup!"

One of the goo creatures slithered out from the shadows. "I'm nothing if not a benevolent overlord... I take care of my subordinates. They wanted to host a birthday party in here... I made it happen."

"You... You're that marshmallow headed head of the operation..." Reya gritted her teeth. "So you came here personally, did you?"

De shrugged. "I thought you might come when those rumors got around. I had to be here to welcome you."

Reya's ears flattened. "... We were friends once."

"And we can still be." The goo's head tipped to the side. "Put the straw down, Reya. There is still a place for you, you know."

"I know what kind of place you have in mind!" Reya gripped the straw tighter - but, you know, not too tightly because then she'd put a kink in it and it'd be useless. "And I refuse. I'll slurp you and every other slime even if I have to do it myself!"

"All I want is to create a world that's safe for goo like me from people like you," the goo said, arms spread in a grandiose gesture. "And if that means that I have to make you goo too, to stop your little terrorist group... Then so be it. Your dissolution will be a savory stepping stone to our eventual complete victory!"

The two opponents circled each other warily. Reya's cat ears were flattened against her head, her tail lashing back and forth warningly. The goo's movements were completely inscrutable - even her face was unreadable. A calm, neutral expression. Cool as a cucumber.

The silence was broken as both lunged forward at the same time with a battle cry. Reya's straw was outstretched, the goo's goopy arms grabbing for it...

The fight was over almost before it began. A swing with the straw. A wet slap as the goo's fist crushed it and tossed it aside. The crushing weight of gelatinous slime all over Reya as De tackled her to the ground, her arms pinned to her sides...

"It was an honor opposing you," De said. "But this is the end. Your rebellion dissolves with you..."

A plastic tube had emerged from the top of Reya's shirt. The other end gave a soft squelch as it sank into the goo.

"No... NO!" De reached for the top end, but it was too late. Reya turned her head and clamped her lips over it, and slurped.

"Noooooo!!" The goo's cry rang out through the empty foundry as the tasty material that made up her body was slurped into the long straw. "I should have known... You'd have a silly straw... up your sleeve..."

Reya lay back, panting heavily. Her stomach was so swollen it ached... but it was a pleasant ache. The goo was delicious... and the Resistance still stood.

De folded her arms. "That story doesn't make me feel any better about you making a bulk order of straws right in front of me..."

"The point is, I have to prepare for anything," Reya said, thumbing through her phone. "Batman has a plan to kill every member of the Justice League, I have to be prepared to eat any of my friends at a moment's notice, in case they take over the world or something... Ooh! They have those connectible ones, where you can connect the pieces to make your own! I'm gonna get one of those, too..."